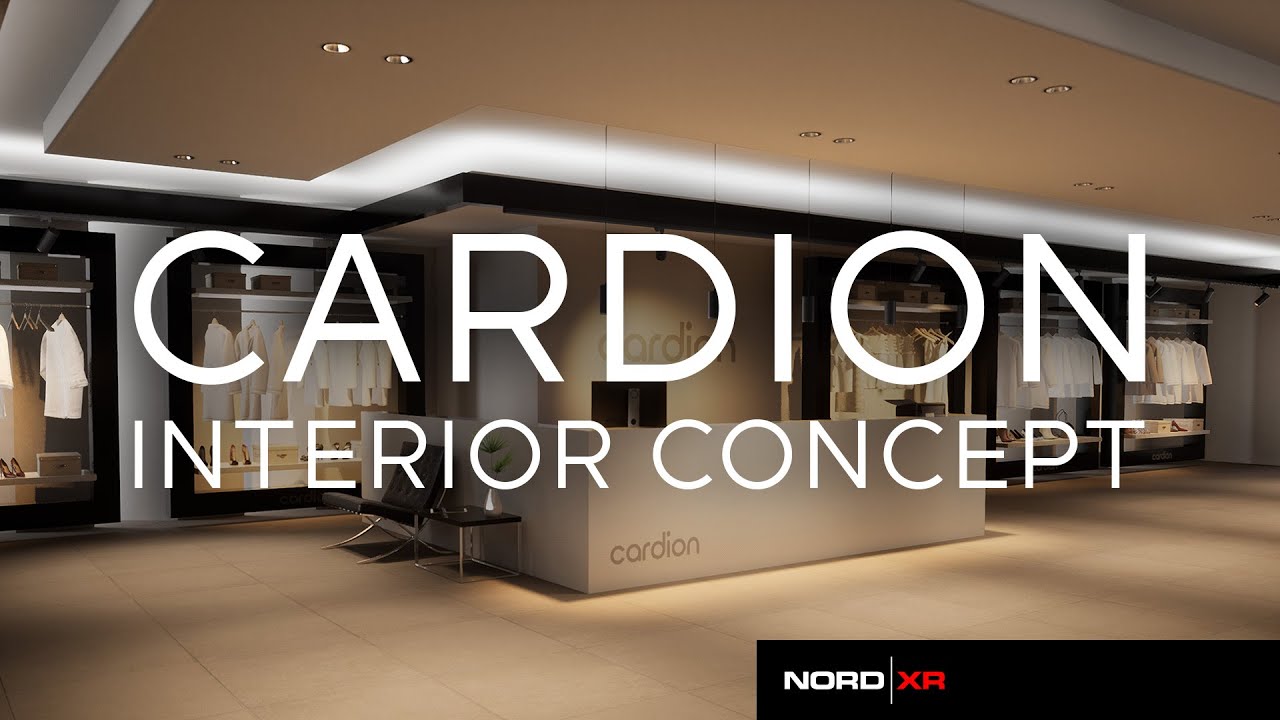 Development of a furnishing and lighting concept that can be experienced virtually for a boutique. On a comparatively compact floor space of around 150 square meters, we wanted to create a design that conveys size and modernity without appearing superimposed or staged.

Also, the concept should be scalable: It should work in larger, but also smaller environments in the future. We therefore decided on a modular, expandable, custom-made shelving system. The optically floating elements of the system are reminiscent of picture frames. 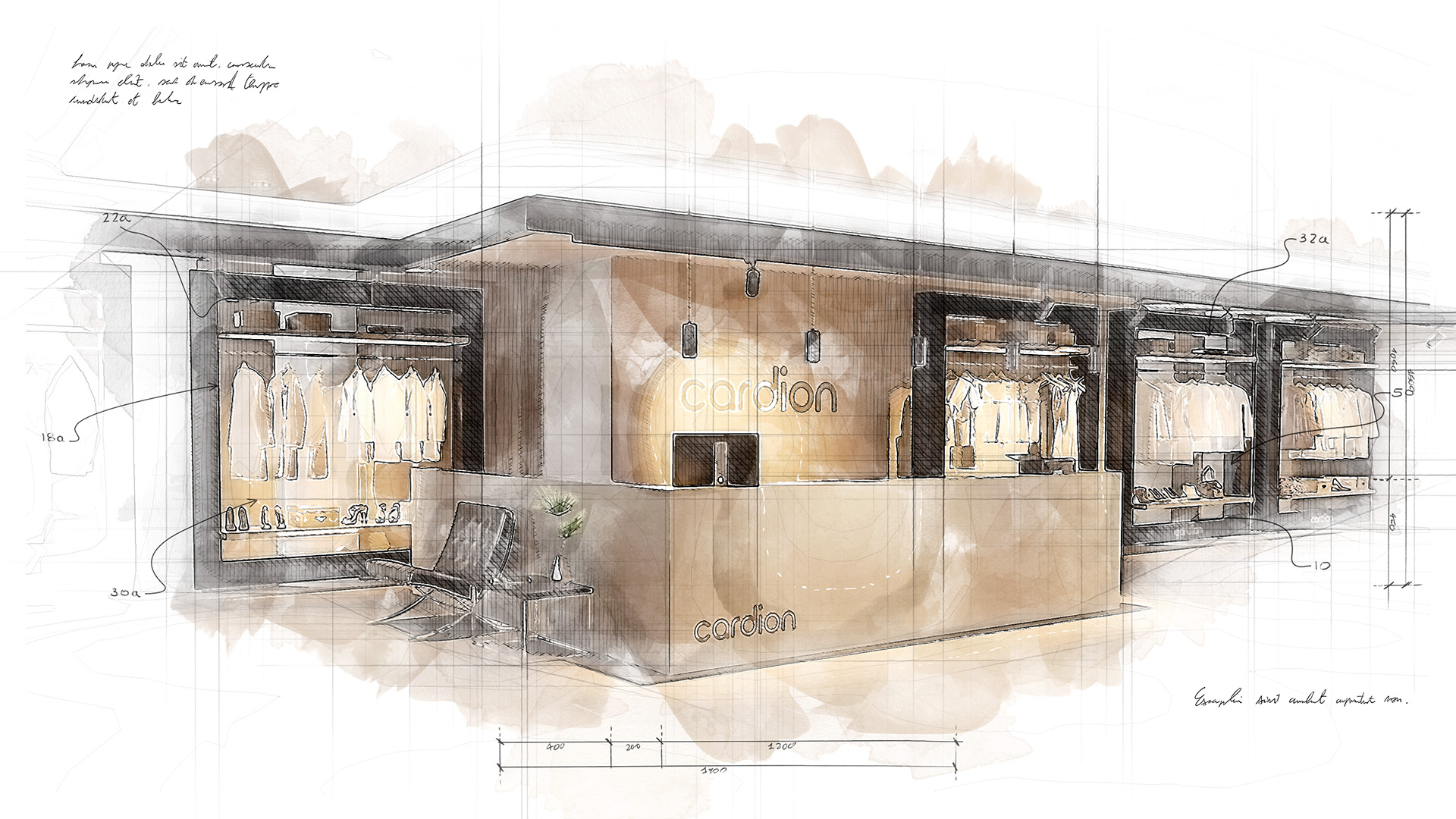 To visually brighten the deep, rear windowless room, floor-to-ceiling niches were let into the walls, the rear side of which was fitted with LED panels. These illuminate the room with indirect, daylight-like light (around 6,000K), which creates a striking contrast to the warm white light (3,000K) of the track spotlights. 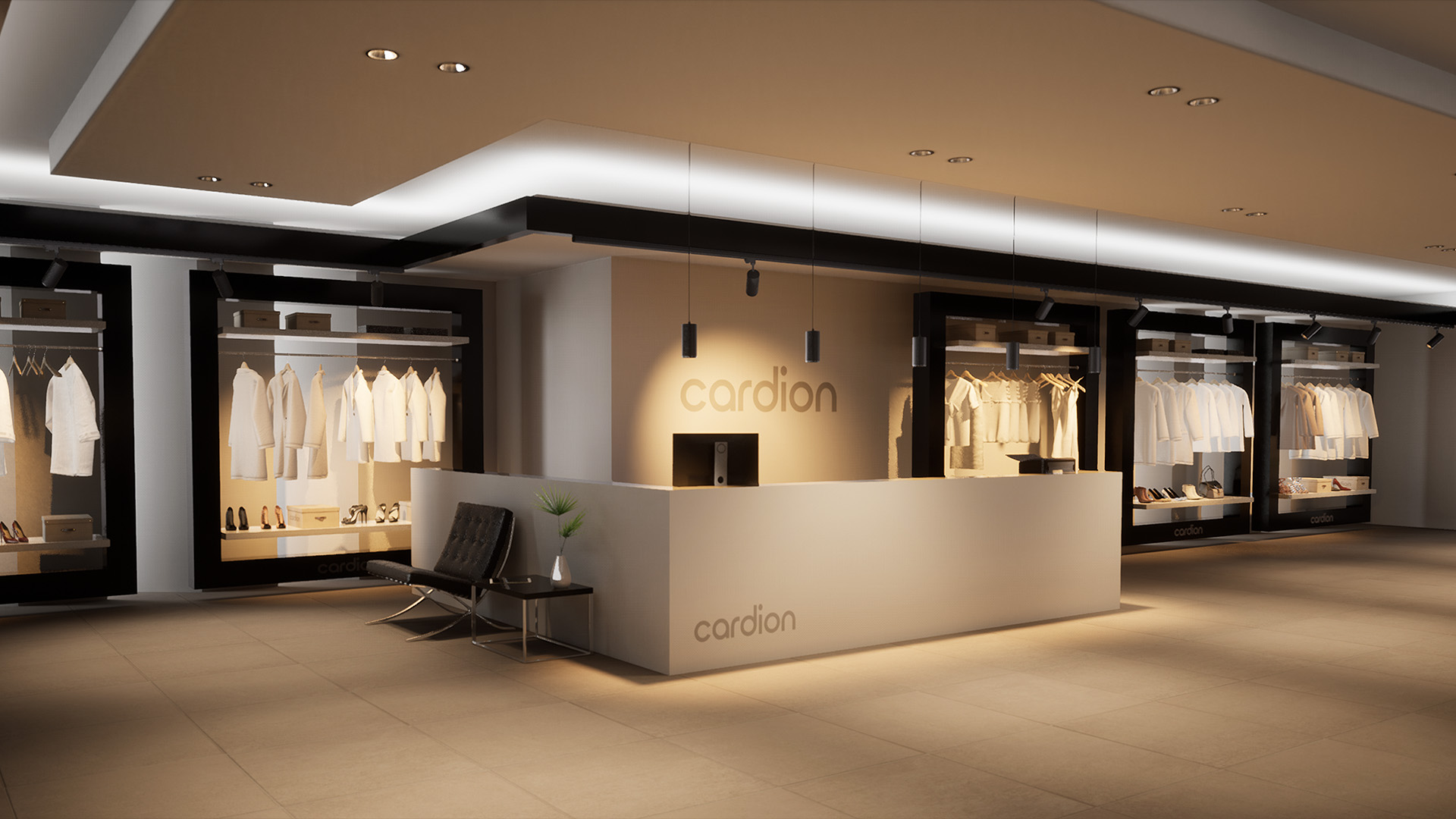 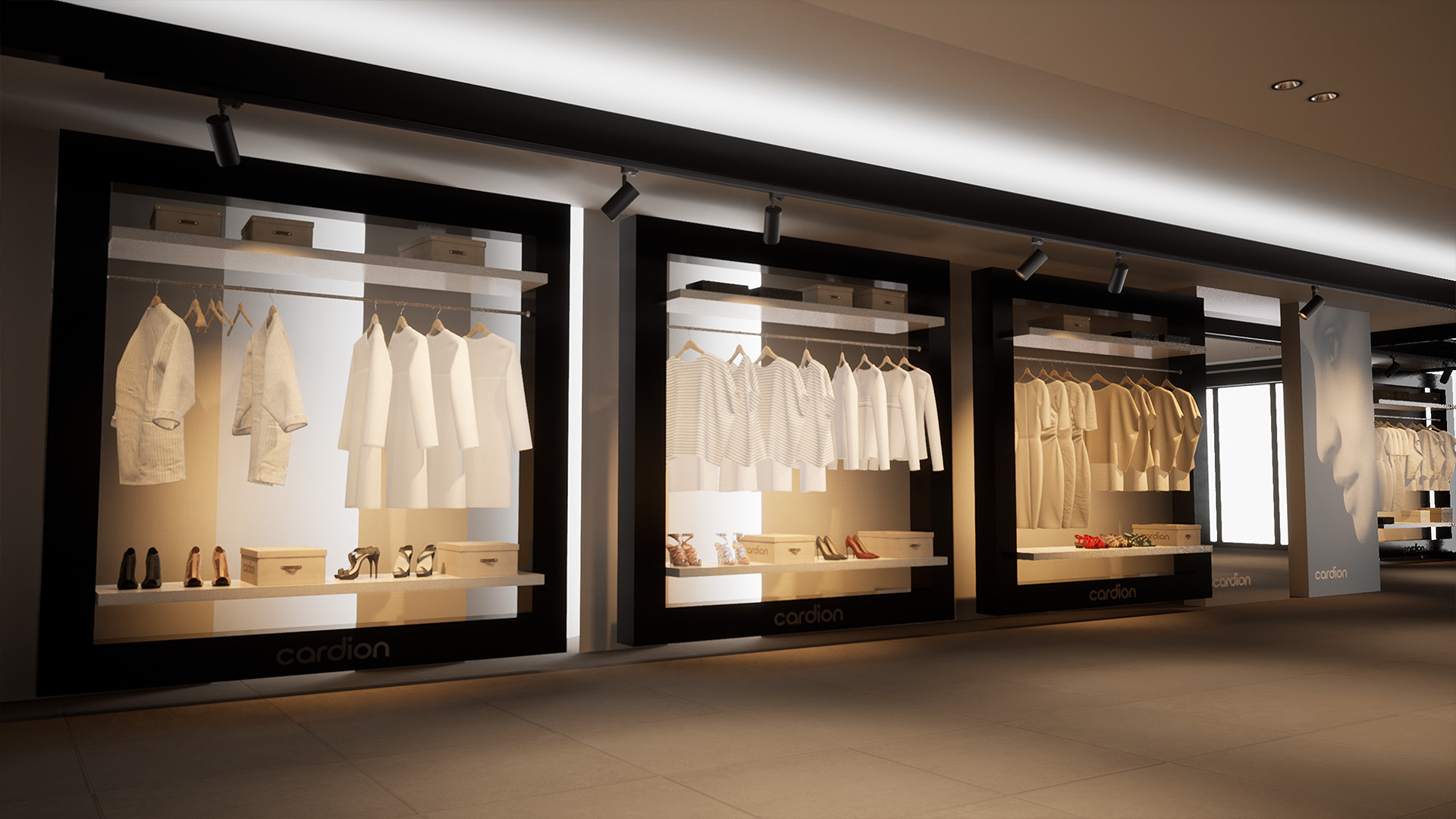 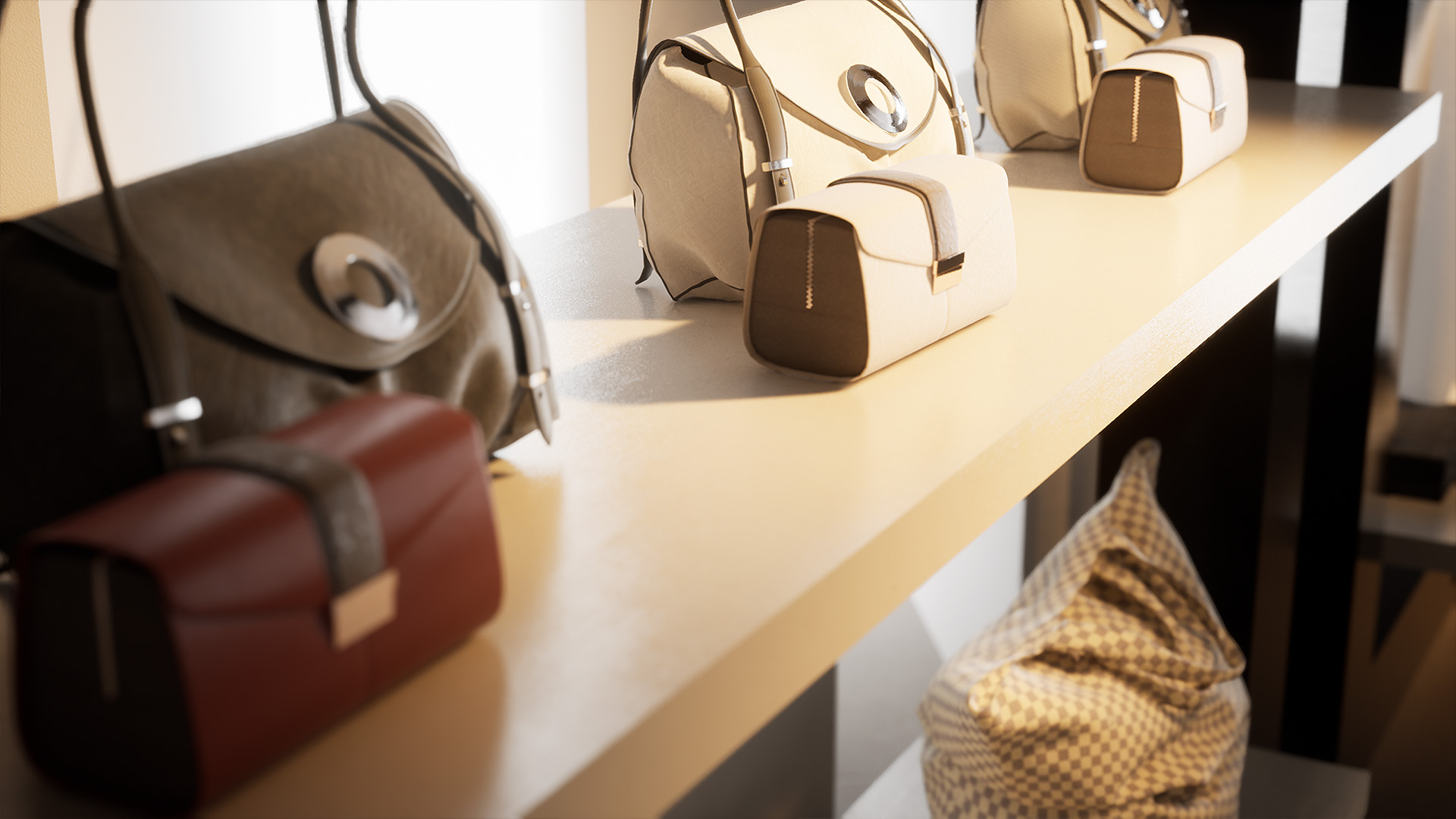 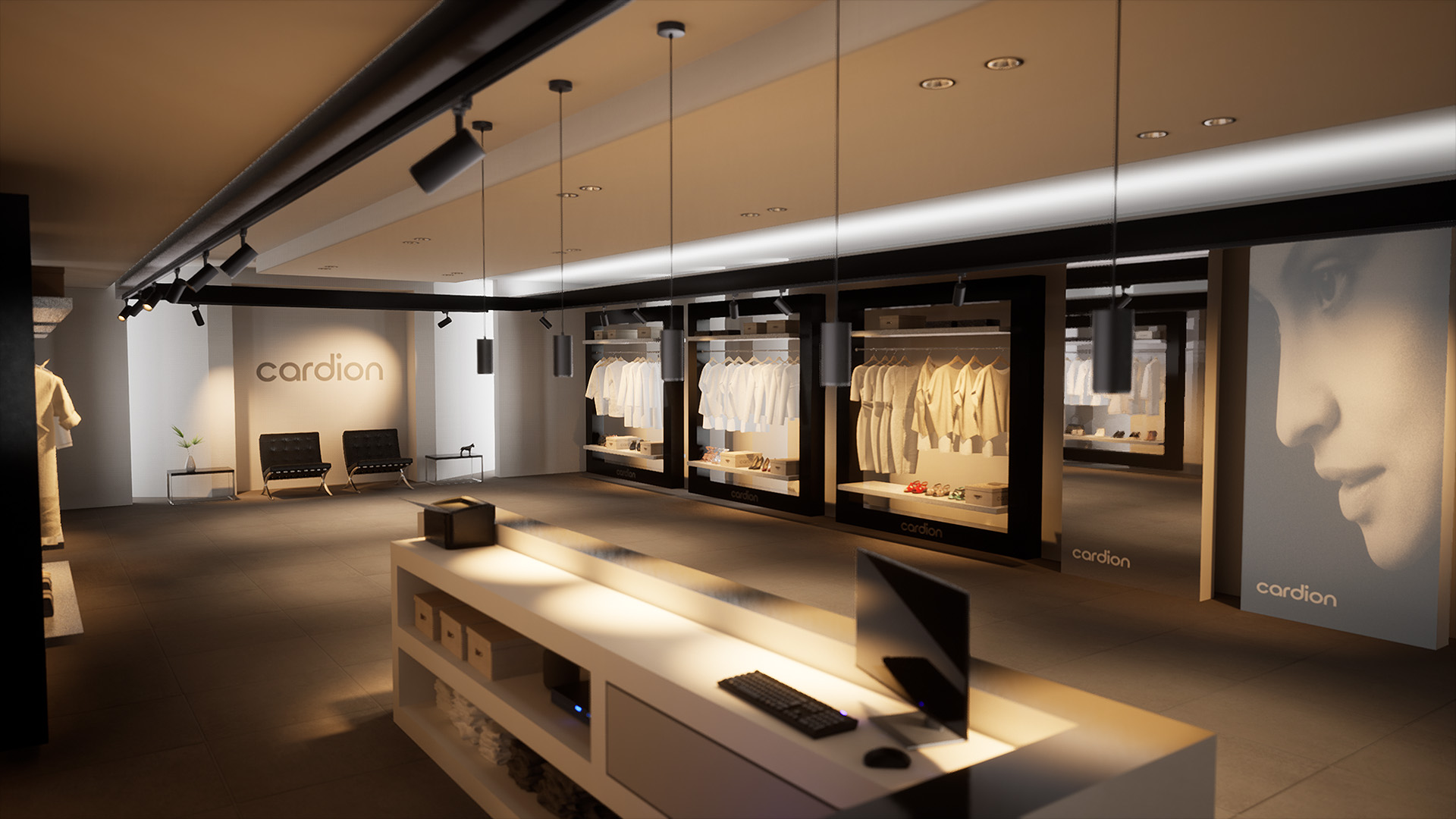 The middle ceiling was suspended in a T-shape, which cites the basic shape of a catwalk. The flanking ceilings were also suspended and backlit with daylight-like light, which gives them an optical lightness and transforms the actual ceiling above into a light flooded sky. Here, too, the contrast to the warm white tones of the other lighting elements is prominently visible.

The whole concept is part of a higher-level project for the presentation and planning of lighting systems and concepts, which will be presented in detail on our website at a later date. 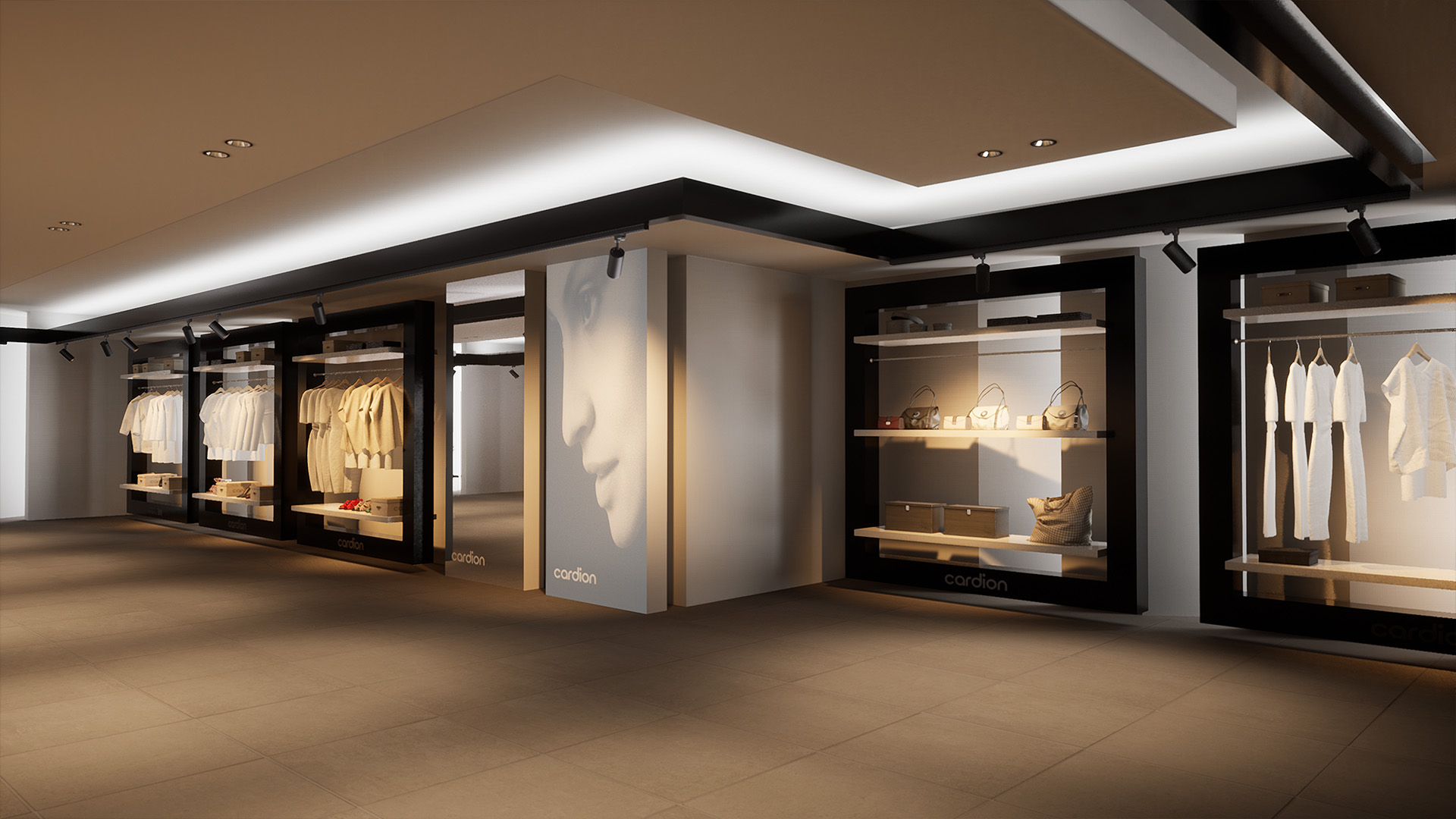 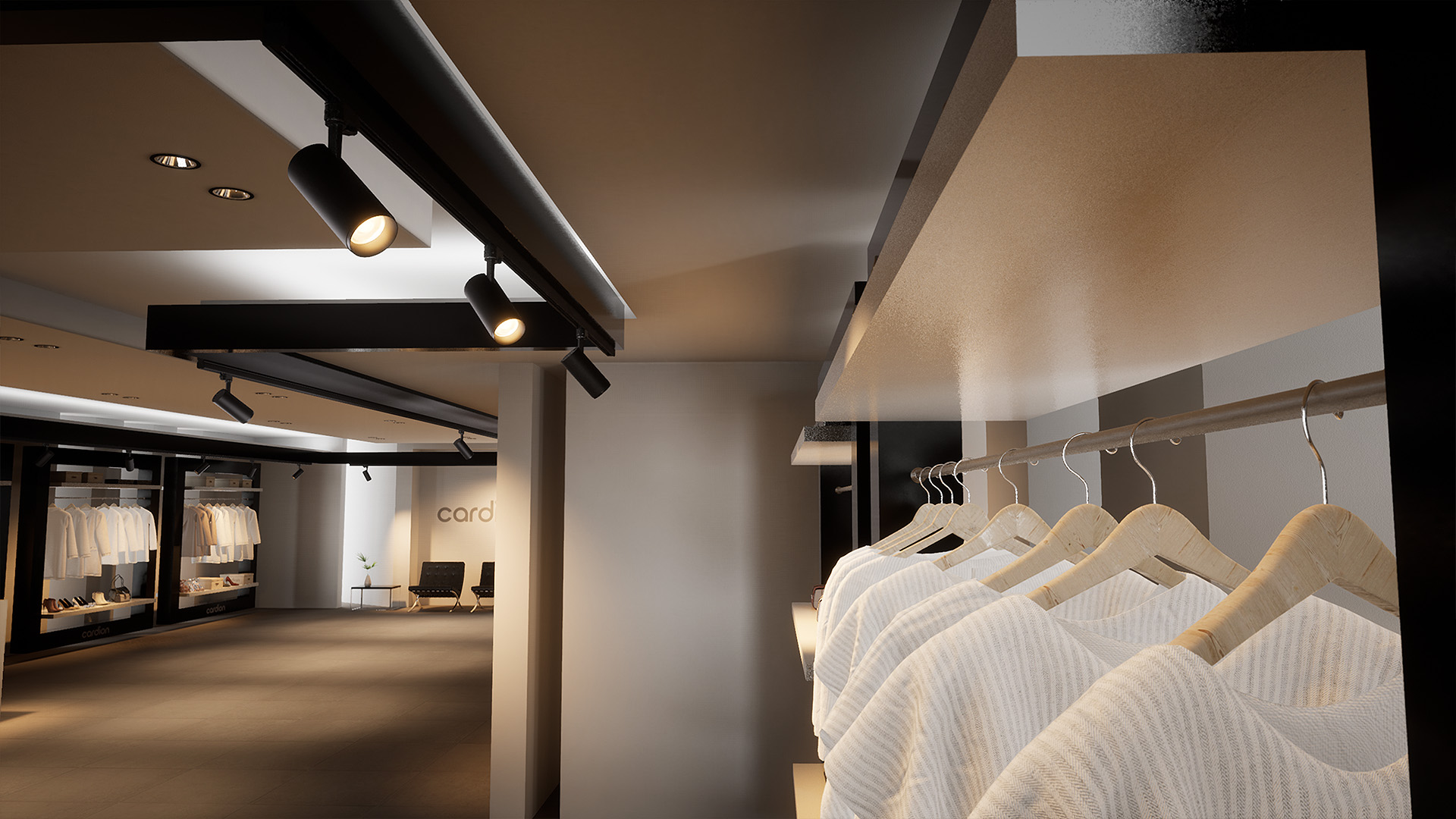 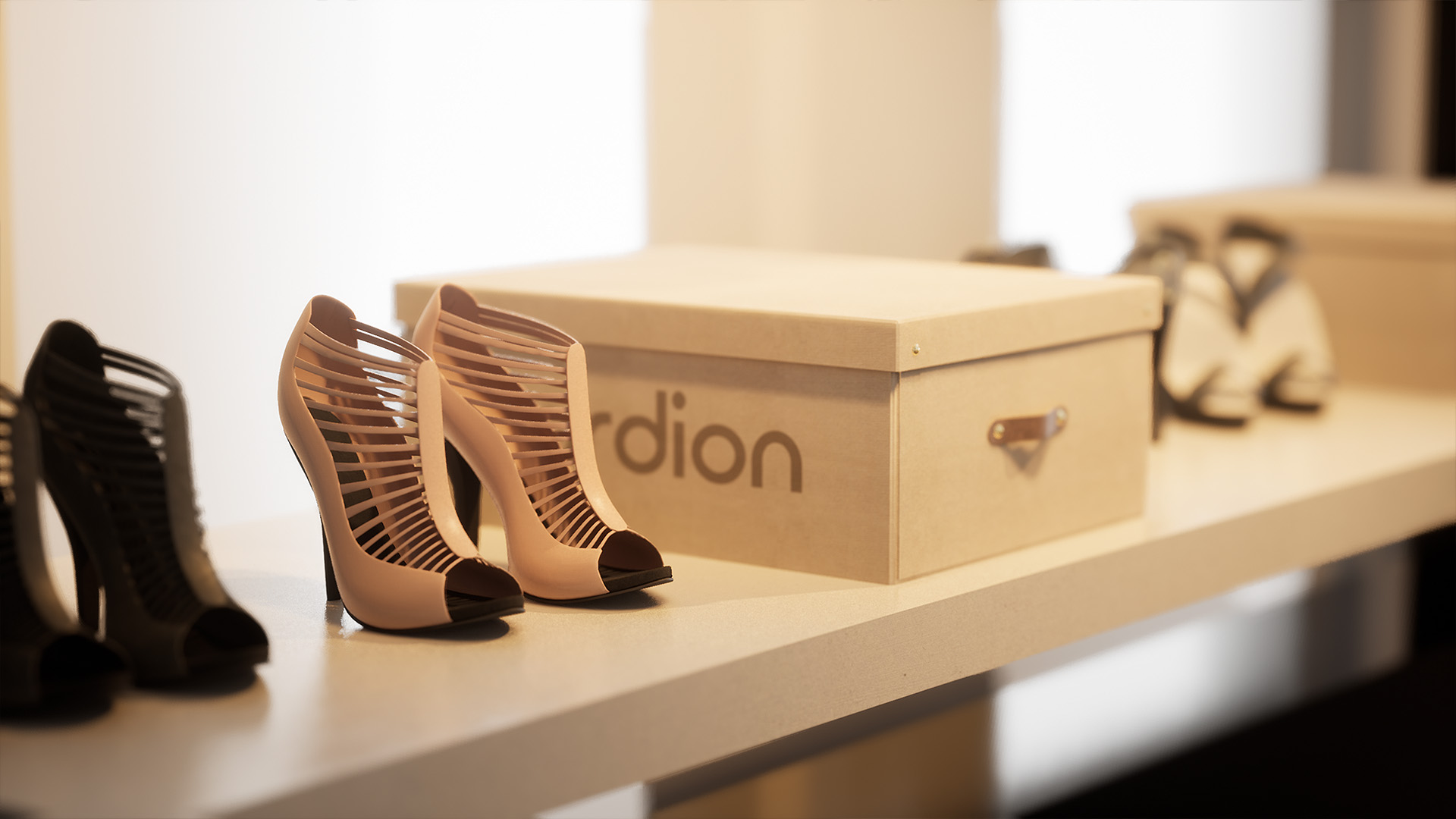 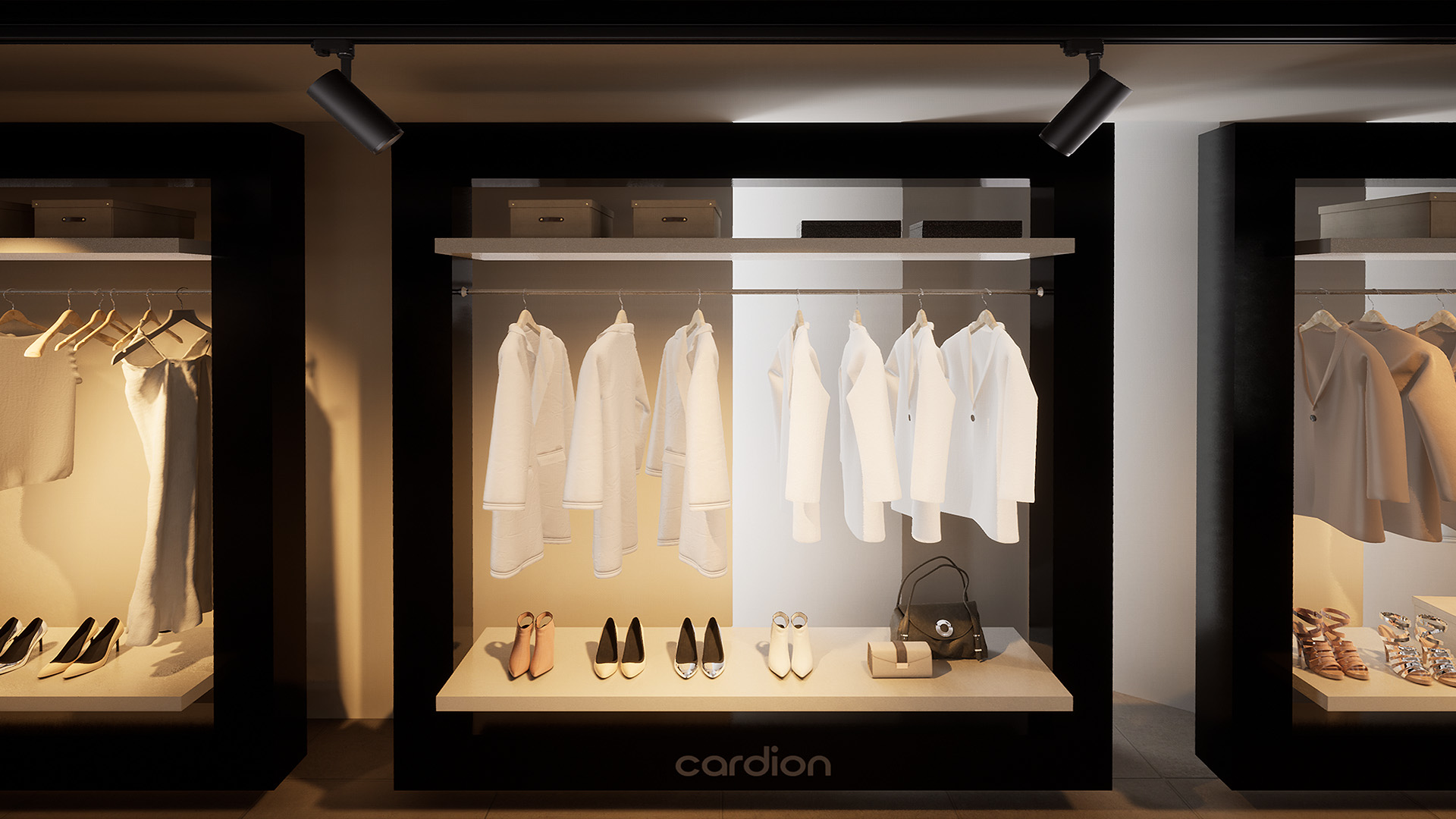 NORD XR develops Augmented-, Mixed- and Virtual Reality applications with BEAMFORGE, our proprietary XR SDK, which we have been developing since 2017 and whose range of functions we are continuously expanding.

YOU WANT TO QUICKLY BROWSE THROUGH OUR PROJECTS?
Check out our SELECTED VIDEOS for a quick glance at our recent works.